Waveform recognition of the modes

You can see the green trace is the Laryngograph changes, where you can see the very distinctive wave patterns for the different type of modes.

A study was recording the laryngograph ELG signal with the acoustic signal using the speech studio program for the analysis.

This is the type of output you get with the speech studio program. You can see the spectrogram with Overdrive and see that the spectrum changes when you are adding in Growl.

The green line is the fx trace and you can see that it is fairly level, but you can see that the contact quotient (Qx) (the purple line) is variable during the vocal mode and seems to break up during Growl.

The little frame in the middle picture the magnified view, with 2 lines. The top one is a blue line that is the speech signal, the one underneath is the laryngograph line, the electroglottal measure, that gives us a measure of the vocal folds activity. Here you see a nice and regular waveform when the mode is sustained.

On the sustained notes you can’t see much activity, just a waveform that indicates which mode is being used, and then when the Growl comes on you’ll see very little variation indicating that the vocal folds is vibrating fairly regular underneath the Growl. There is only a little bit of pertubation in both amplitude and frequency. Often only the baseline of the waveform gets unstable and it shows peek variation and variantions in the size and the width of the waveform, but the shape of the waveform remains the same. This shows that it is still the same mode that is sung and the vocal folds vibration is remaining unhindered during Growl.

Contrary to an uncontrolled constriction where everything seem to constrict and you see irregular laryngograph waveform, here you see the laryngograph waveform looks the same with and without the Growl. By displaying the same waveform from mode to mode with Growl we asume that the vocal folds underneath the vibration of the false cords are vibrating regularly. 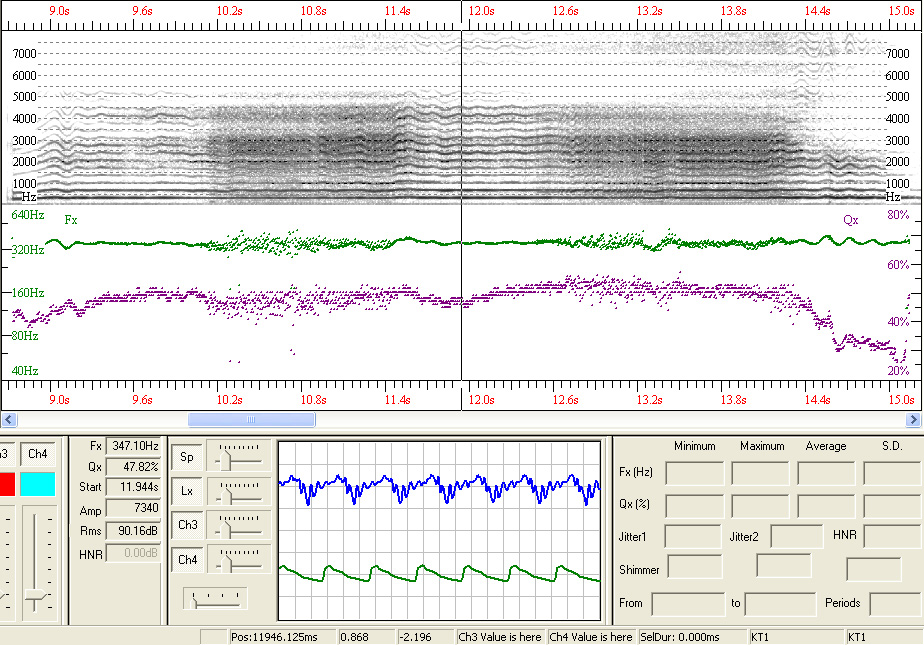 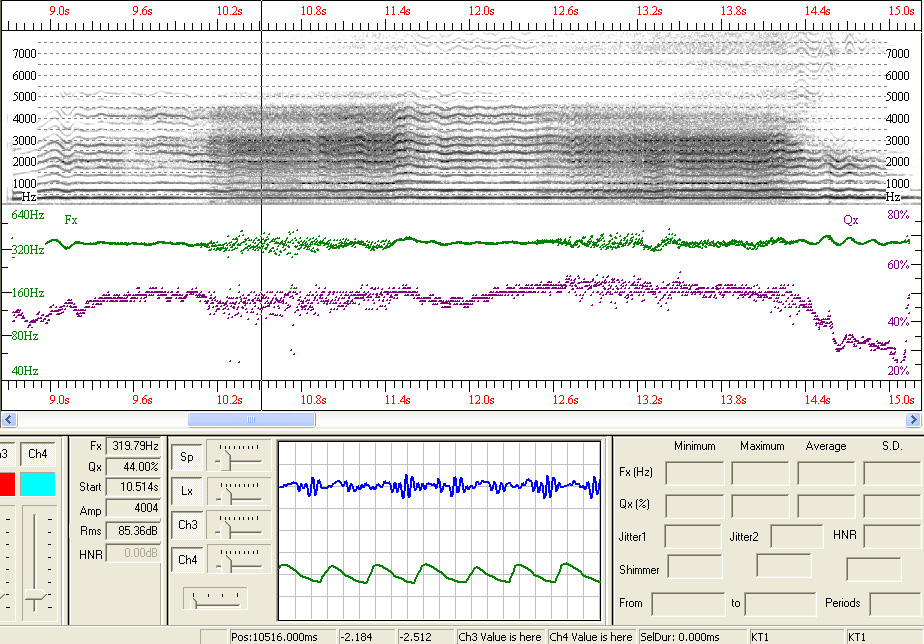 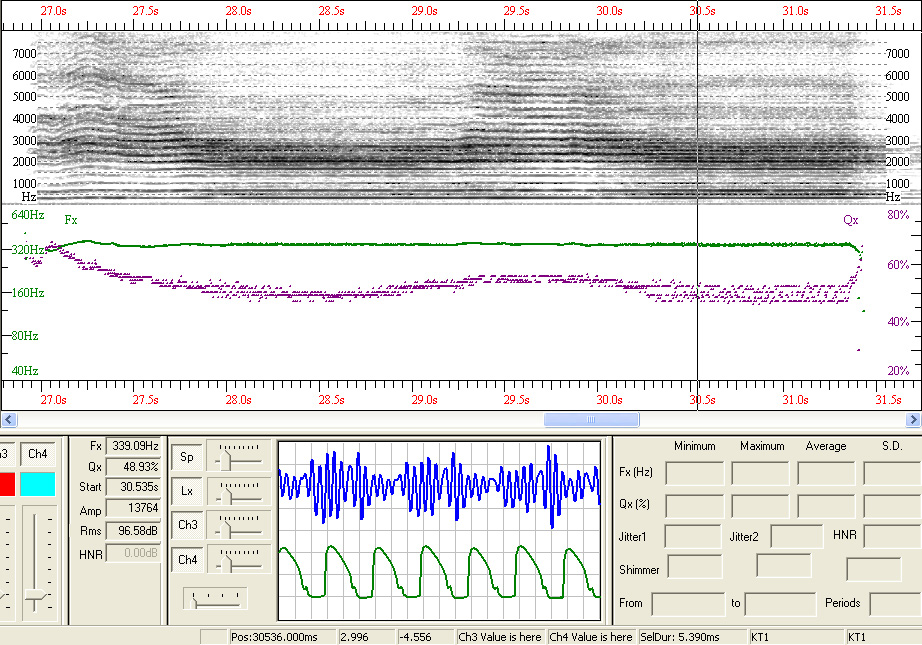 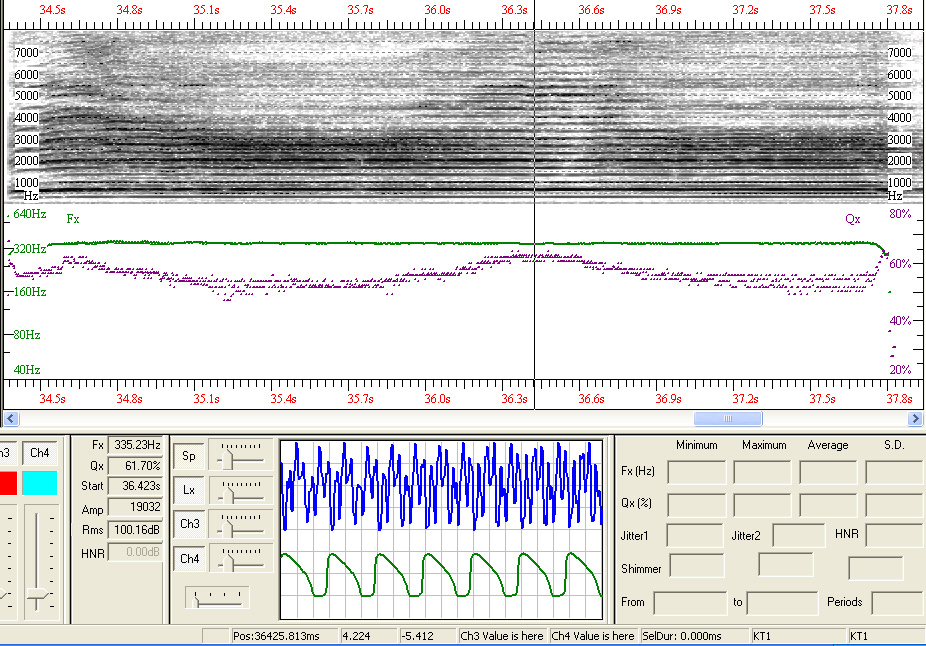 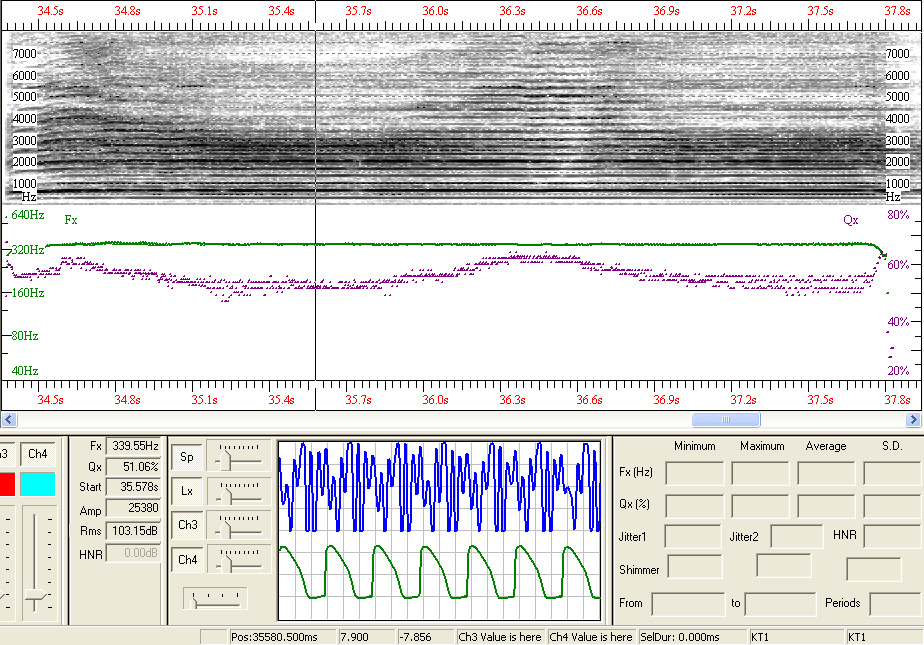 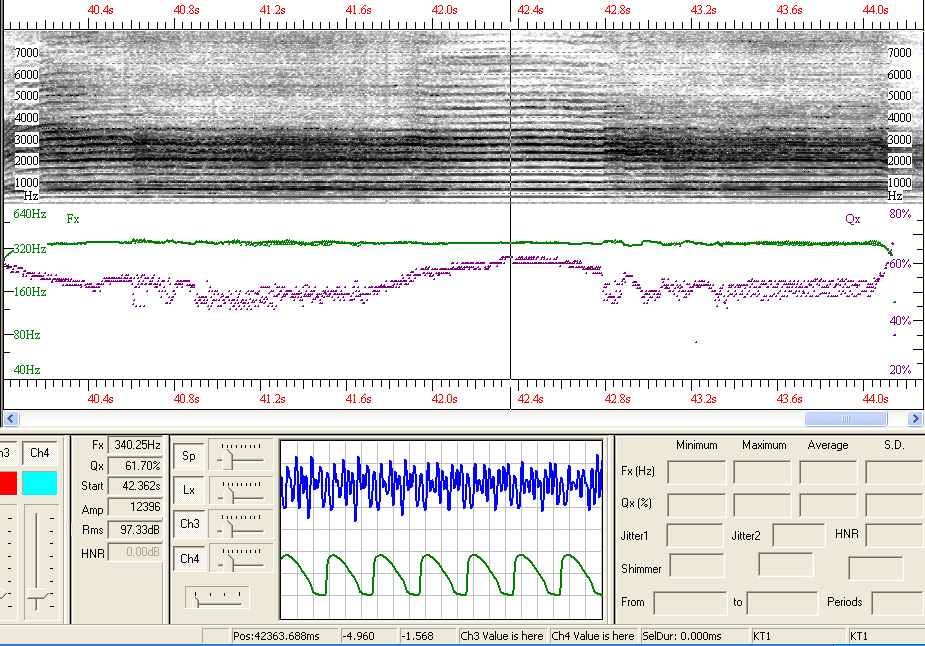 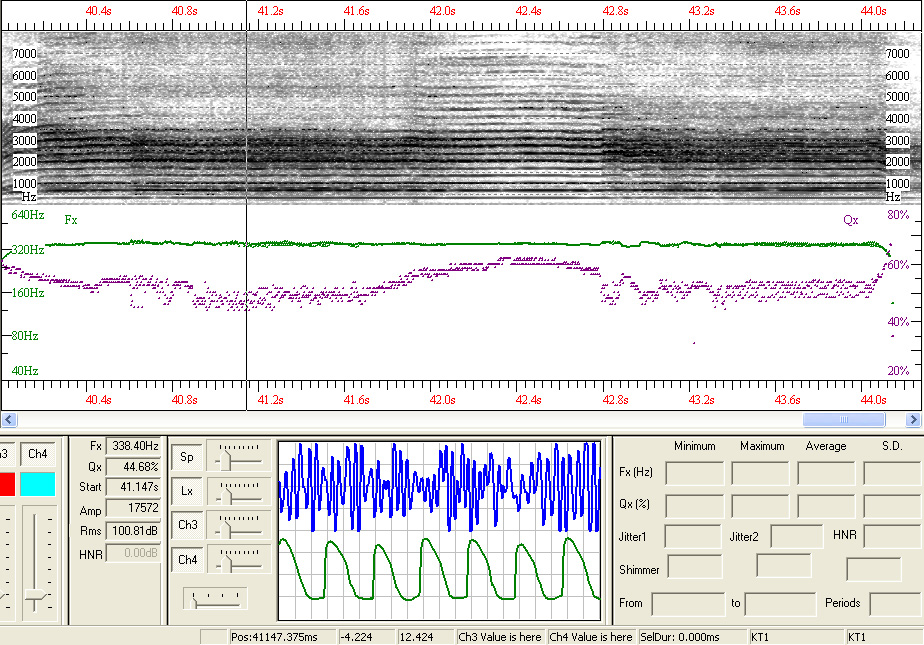 Some of this information comes from an effect study with the title ‘Can vocal effects such as Growl, growling, rattle and grunting and be produced without traumatising the vocal folds?’. This study was presented by Julian McGlashan at PEVOC7 conference in Groningen, Netherlands, 2007.

Some of this information comes from a study with the title ‘Analysis of the mechanism of effects such as Distortion, Growl, Grunt and Rattle used in a healthy way by 18 professional singers’. This study was presented by Cathrine Sadolin at PEVOC 10 (Pan-European Voice Conference) in Prague, Czeck Republic, August, 2013