Laryngeal recognition of Neutral without air

‘First glance’ features on the laryngeal gestures in Neutral with air on the levels are: 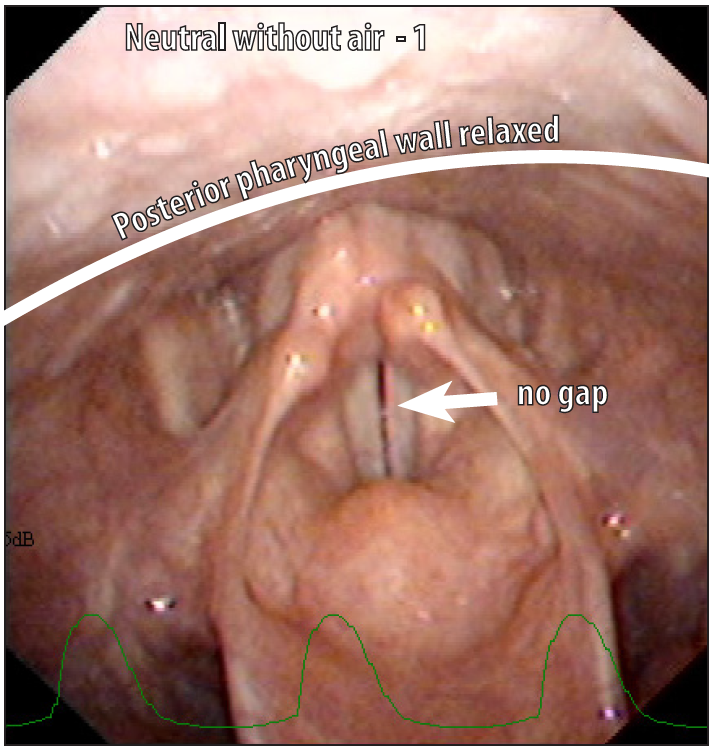 The back wall of the larynx is relaxed leaving the larynx open so you can see the vocal folds and false folds easily.

‘Second glance’ laryngeal obvious gestures in Neutral without air on the levels are: 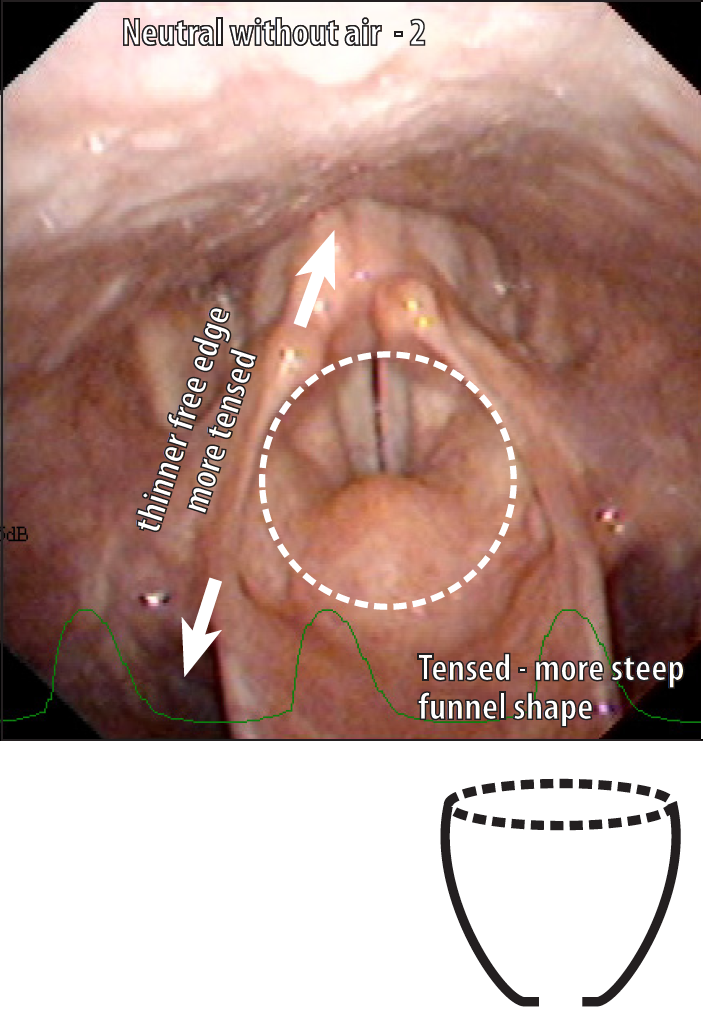 The Aryepiglottic folds are tense and stretched more so they becomes thinner.
The opening of the larynx has a shape of an more tensed funnel which is steeper than in Neutral with air

The laryngeal gestures in Neutral without air without drawings 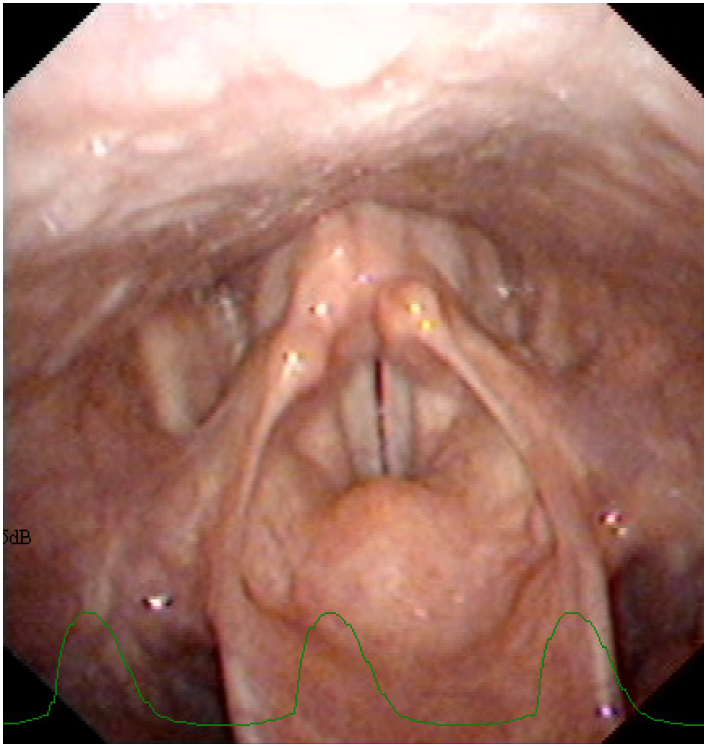