The ‘first glance’ laryngeal gestures in Edge on the levels are: 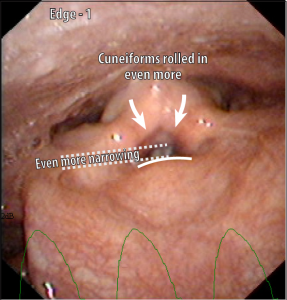 The opening of the larynx is even more narrowed, and on top the cuneiform cartilages are rolled in even more. This makes it hard to see the vocal folds.

The ‘second glance’ laryngeal gestures in Edge on the levels are: 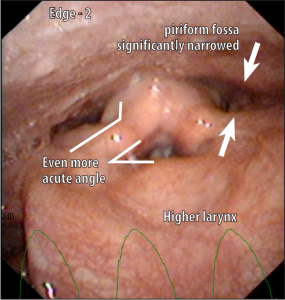 The area between the back wall and the larynx becomes very small and often it disappears altogether.

The laryngeal gestures in Edge without drawings 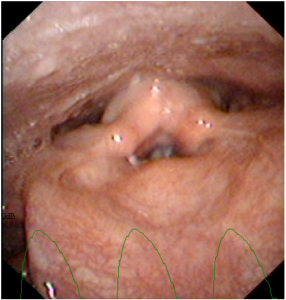