Laryngeal recognition of Neutral with air

The ‘first glance’ laryngeal gestures in Neutral with air on the levels are: 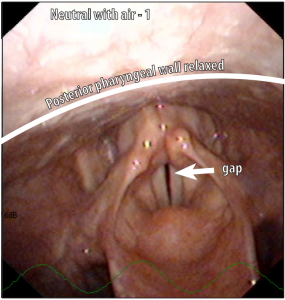 The ‘second glance’ laryngeal gestures in Neutral with air on the levels are: 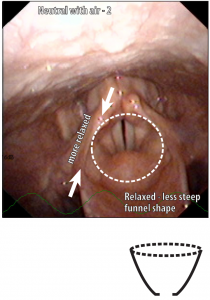 You can also see the aryepiglottic fold is stretcheded and relaxed and the opening of the larynx (the laryngeal inlet) has a shape of an ‘open’ funnel which is rather wide at the top.

The laryngeal gestures in Neutral with air without drawings 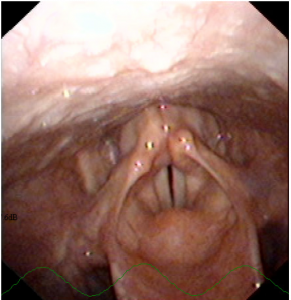