18 Stills of Neutral with air

Visual & waveform recognition on Neutral with air on 18 larynxes

When looking at these 18 stills certain patterns are seen in the laryngeal gestures and the laryngograph waveform within each mode.

Also notice the Neutral with air laryngograph waveform has  a sinusoidal shape. This is because there is no contact between the vocal folds due to the gap, which means that a lot of air is added to the sound and the volume is soft. In another example of  Neutral with air there is the initial sinusoidal waveform but a brief upward spike indicating momentary closure of the vocal folds. 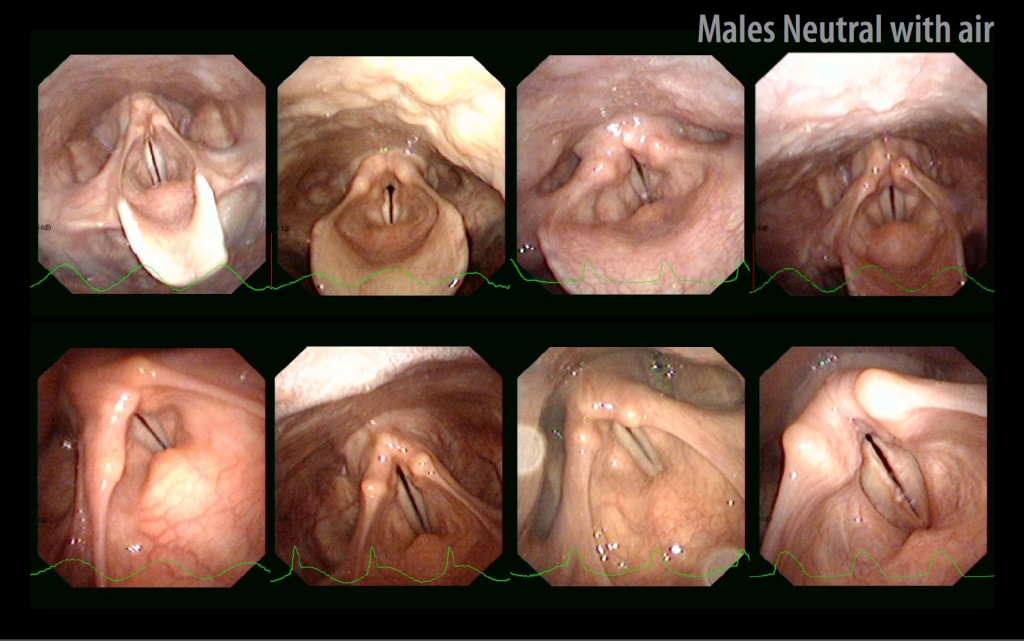 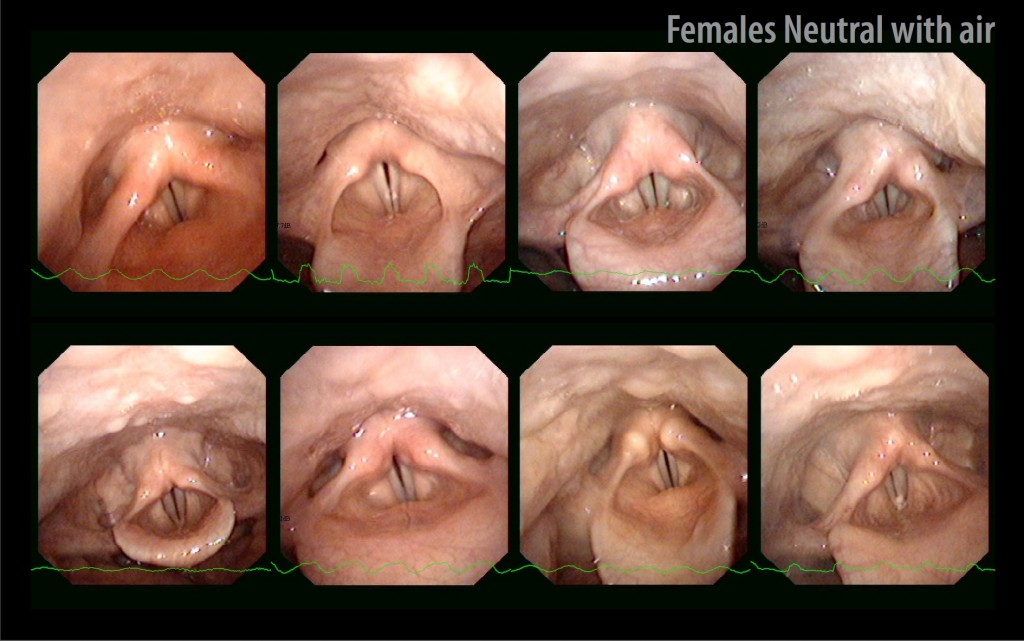