On Acoustic Detection of Vocal Modes

According to the Complete Vocal Technique four vocal modes are defined: Neutral, Curbing, Overdrive and Edge. These modes are valid for both the singing voice and the speaking voice. The modes are clearly identified both from listening and from visual laryngograph inspection of the vocal cords and the surrounding area of the vocal tract. For many reasons it would be preferred to apply a simple acoustic analysis to identify the modes. This paper looks at the characteristics of the voice modes from an acoustical perspective based on voice samples from four male and two female subjects. The paper describes frequency domain criteria for the discrimination of the various modes. 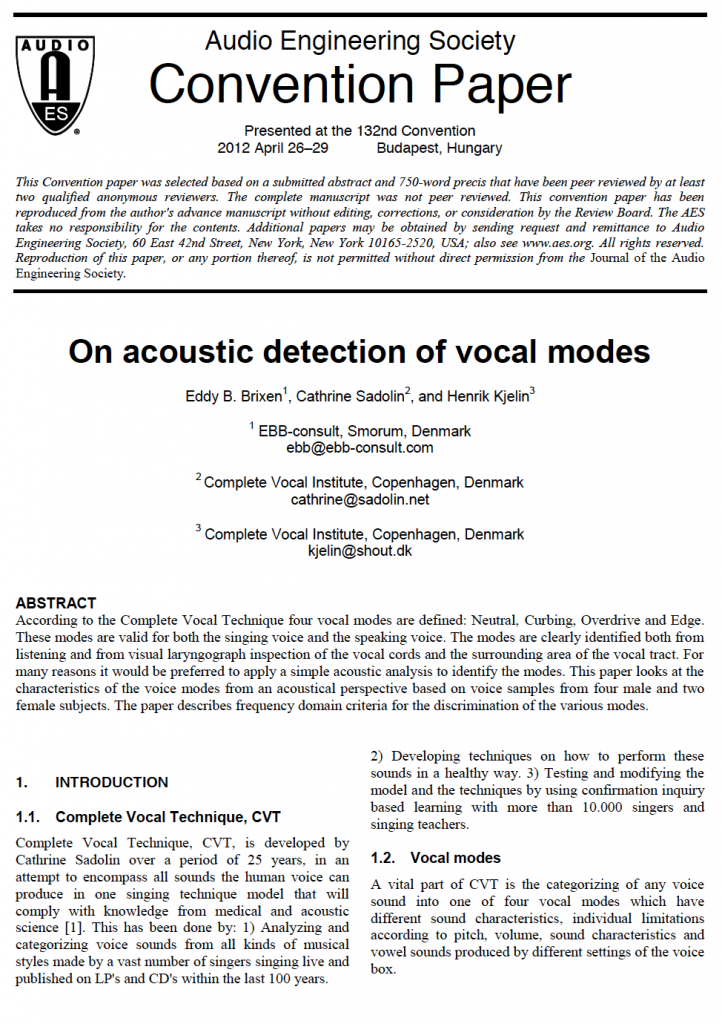 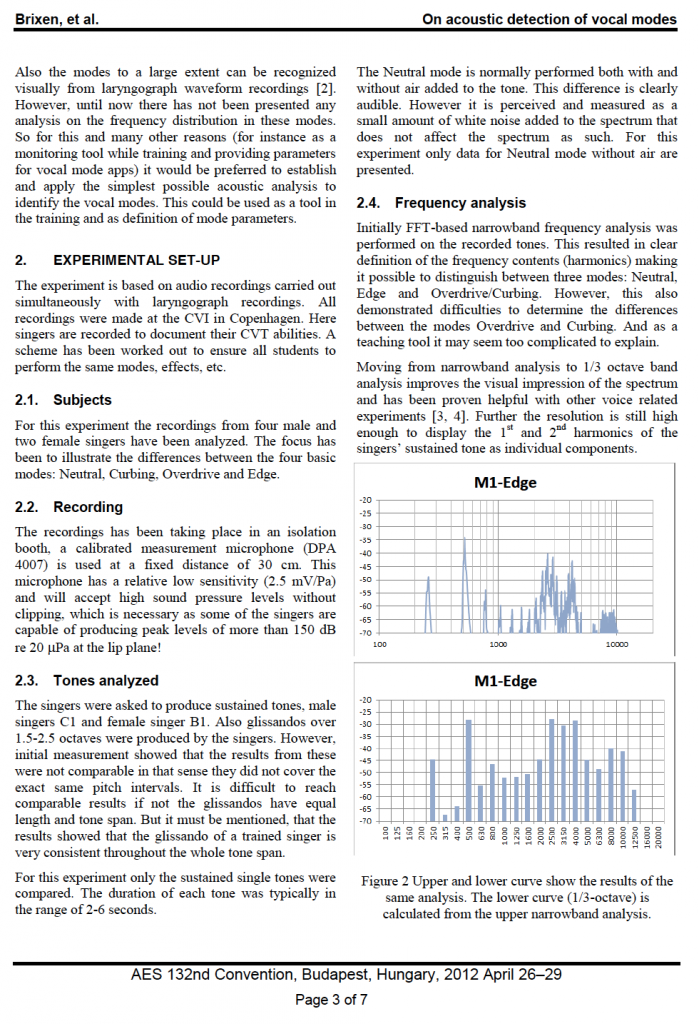 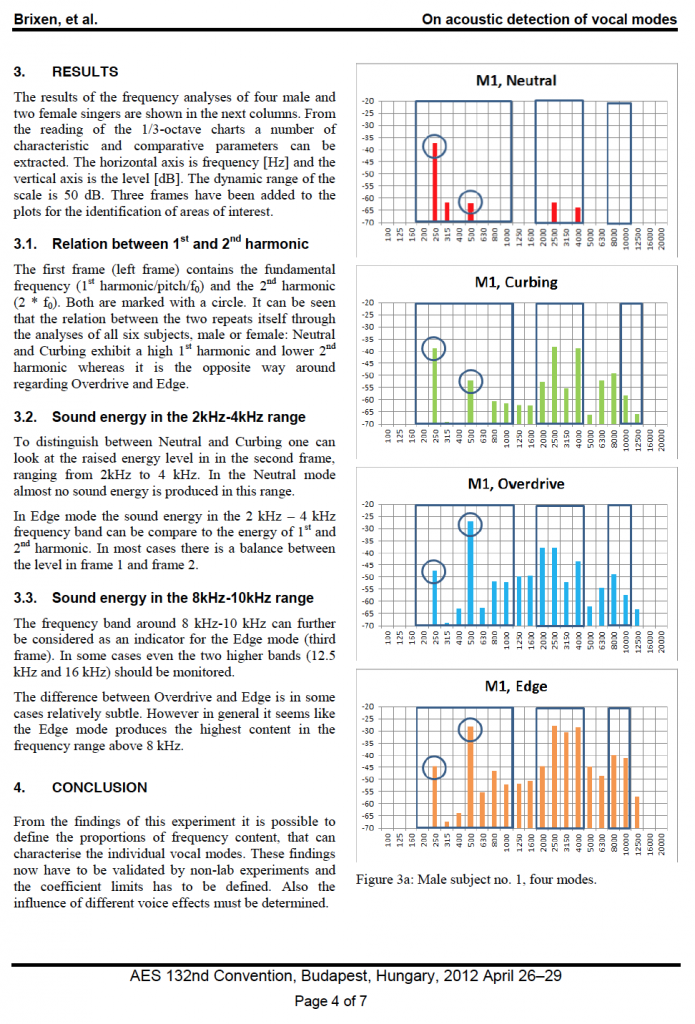 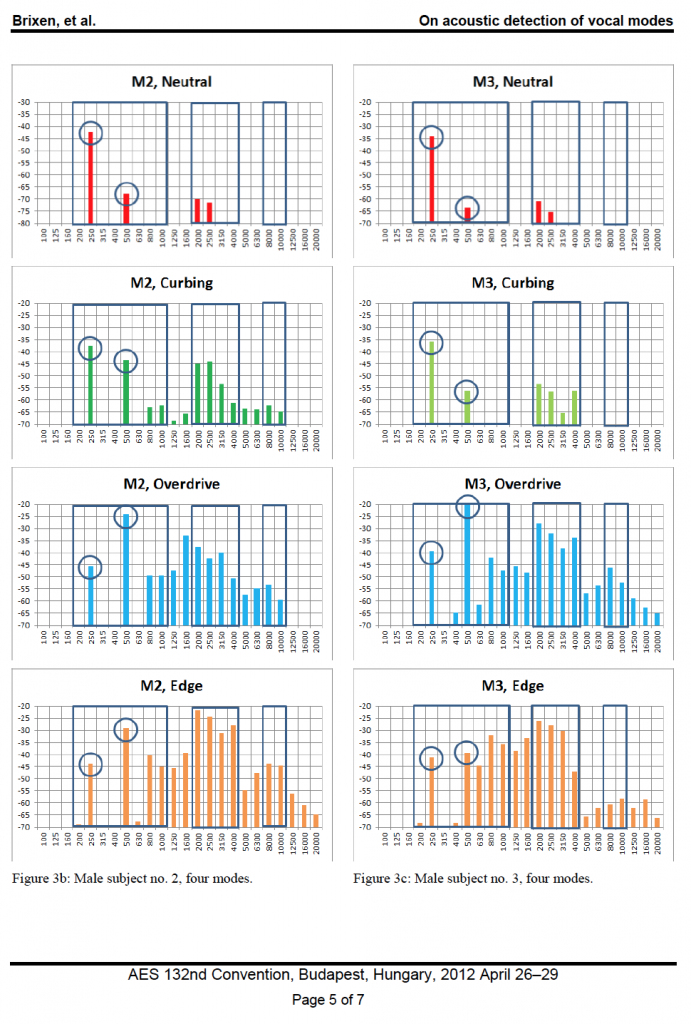 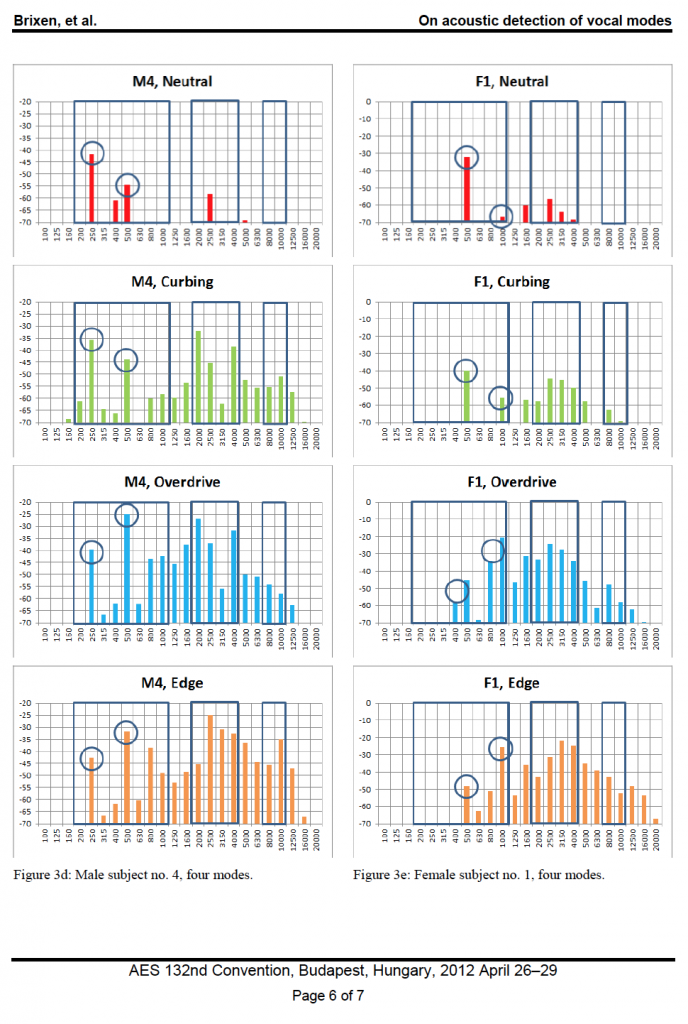 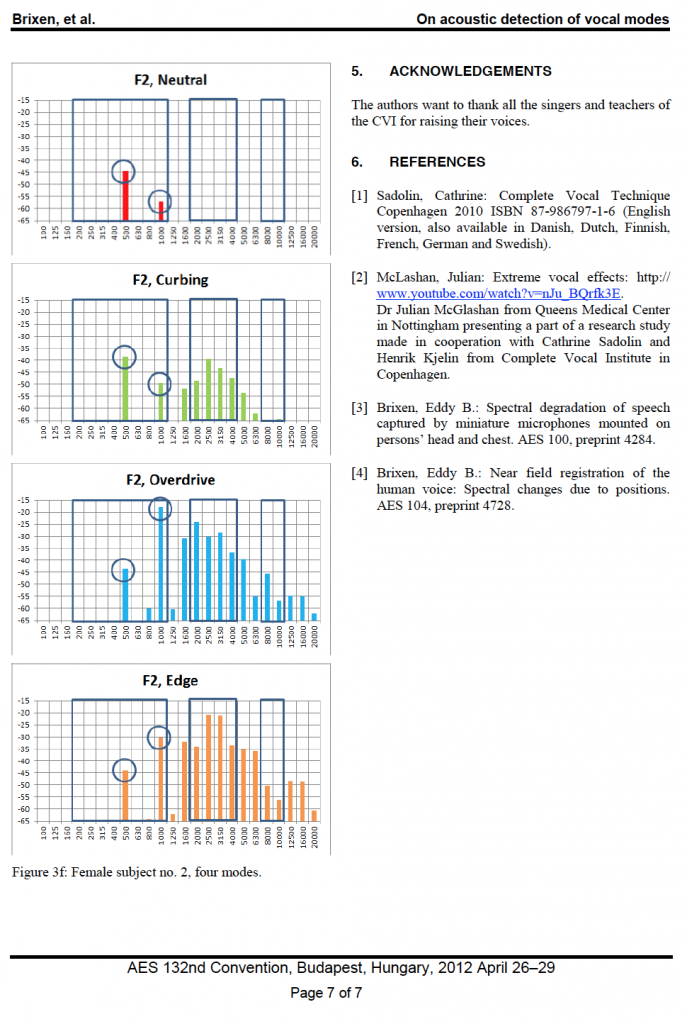 AES paper can be downloaded here:

On acoustic detection of vocal modes-AES132

This paper was presented at AES (Audio Engenering Society), Budapest, Hungary, April 2012 by Eddy B. Brixen

Written by Eddy B. Brixen