Visual & waveform recognition on stills of Neutral with air 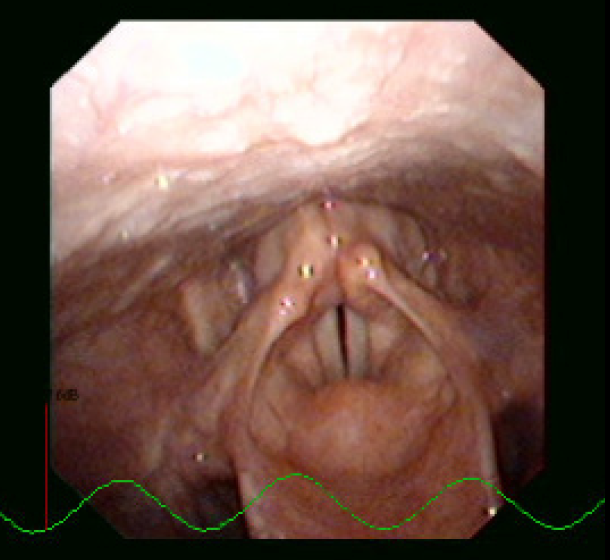 Also Notice the Neutral with air laryngograph waveform has a sinusoidal shape. This is because there is no contact between the vocal folds due to the gap, which means that a lot of air is added to the sound and the volume is soft. In another example of Neutral with air there is the initial sinusoidal waveform but a brief upward spike indicating momentary closure of the vocal folds.