Also notice the Overdrive  waveform, which shows a steep onset and a fairly long closure of the vocal folds and sometimes a roll off with a little knee. The steep onset indicates that the vocal folds are coming very rapidly together and stay together for longer, so they are more closed than open during a vibratory cycle. This, corresponds nicely with the loud volume often used  in Overdrive.

The Laryngeal gestures and the laryngograph waveform are more to be seen as patterns of progression from mode to mode, rather than absolutes. The larynx, the laryngeal gestures and the waveforms did often differ from person to person, but the patterns often changed in the same directions. The progression in the patterns can be used as guidelines on how to identify the modes within each singer. 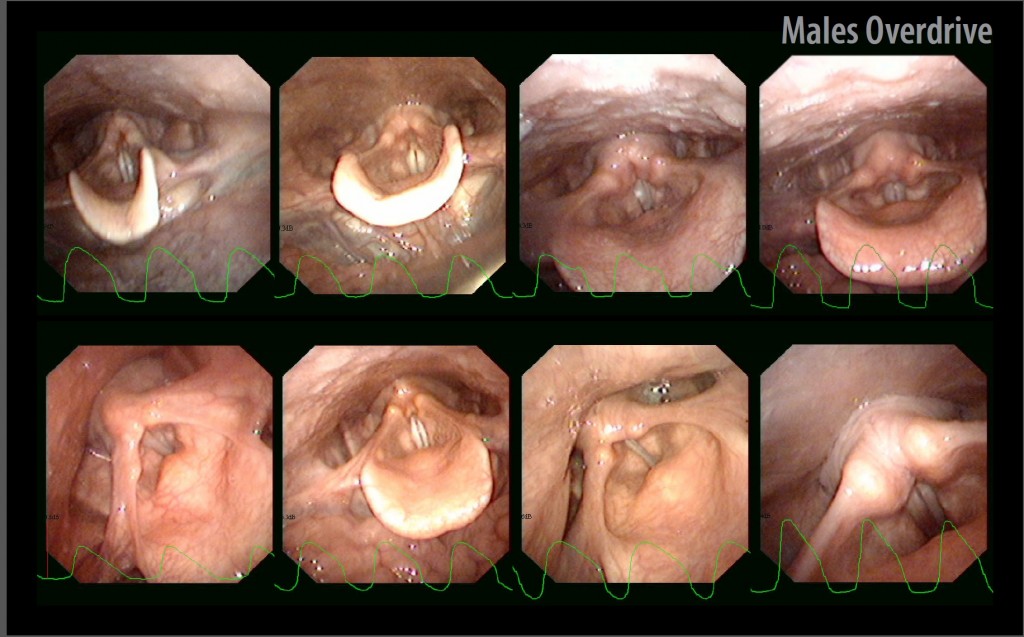 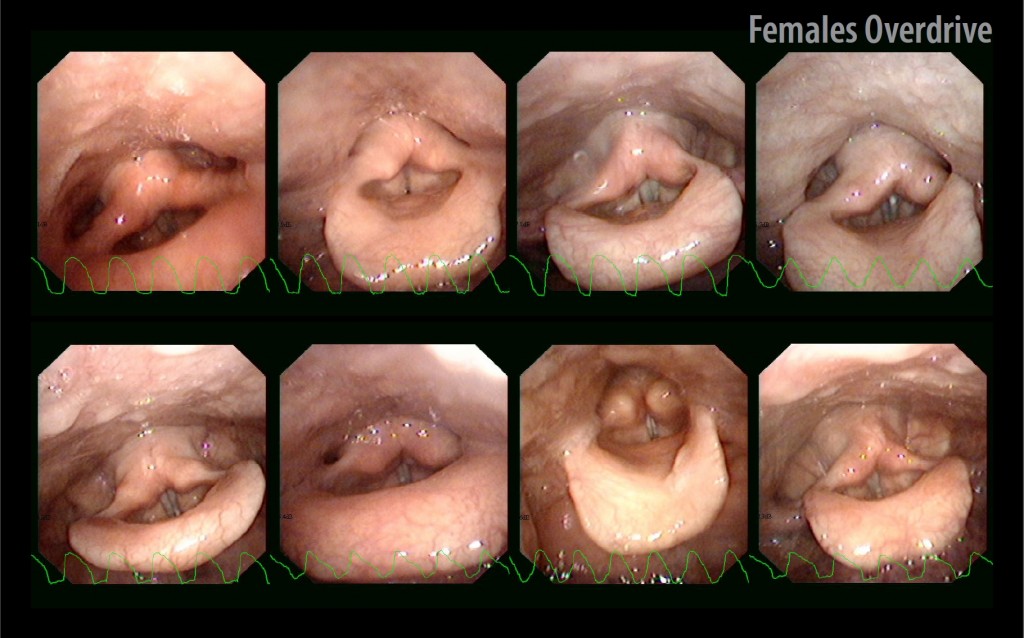 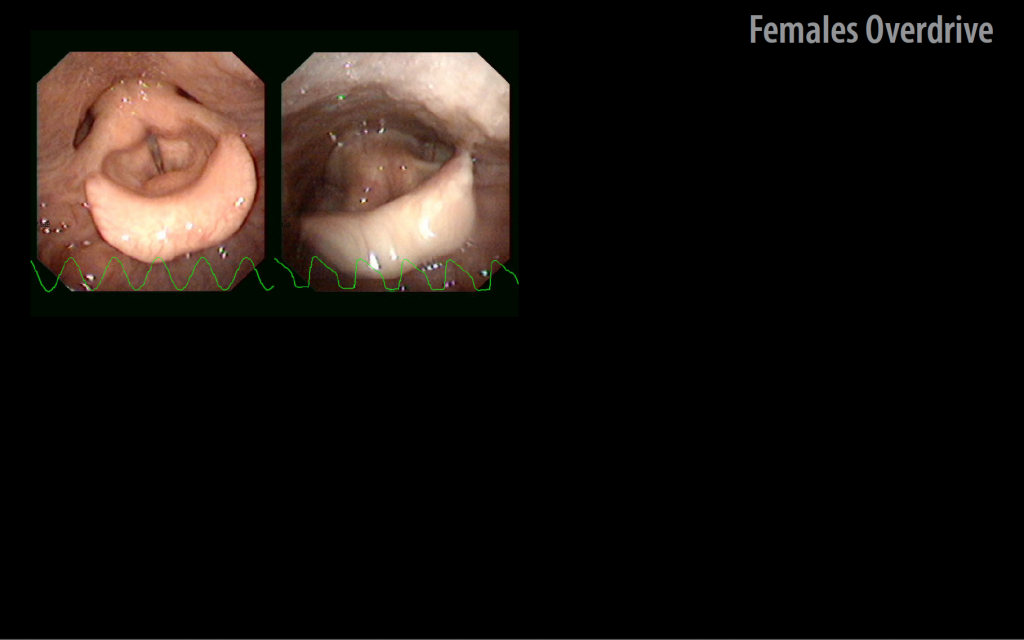