When looking at these 18 stills certain patterns are seen in the laryngeal gestures and the laryngograph waveform within each mode.

In Curbing the false folds approach each other slightly, covering some (the lateral aspect) of the vocal folds. The front and the back of the laryngeal opening approach each other, making the angle sharper between the aryepiglottic folds and the lower part of the epiglottis. The opening of the larynx is more narrowed, creating an angle between the arytenoids and the aryepiglottic fold. The cuneiforms are also rolled in a bit. 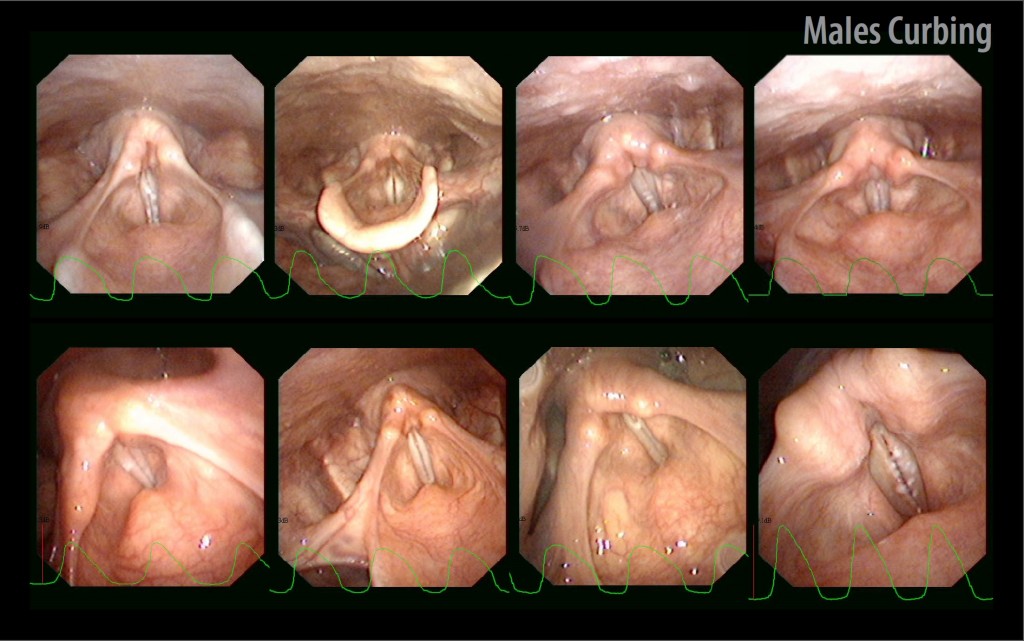 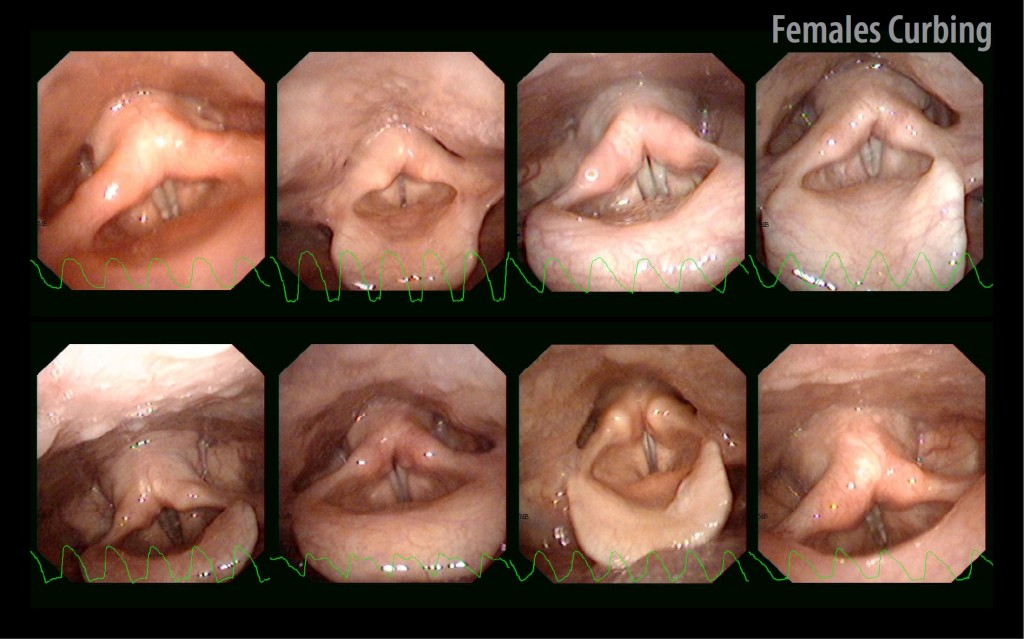